How can we infer information on the shape of a mirror or specular object on the basis of visual cues? As an example, consider the following photograph! 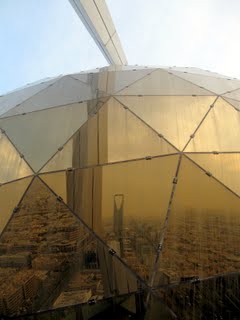 It was taken on top of Al Faisalyah Tower in Riyadh, Kingdom of Saudi Arabia. Kingdom Tower appears in the image center. Here, our sense of shape not only stems from the diffusely reflecting framework but foremost from reflections of the surrounding scene in the glass panels. For instance, the absence of any severe distortions indicates planarity of separate panels.

A technology called deflectometry, Shape from Distortion, or Shape from Specular Reflection imitates this behavior of a human observer. Basically, a camera images, via the specular surface, a sequence of patterns displayed on some form of active or passive screen. 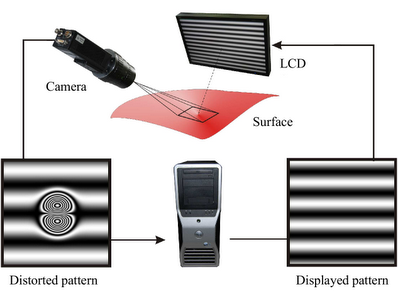 These patterns constitute an optical code, which allow for the assignment of each line of sight to the observed scene point. The recorded correspondences subsequently serve for the calculation of a 3D surface model. This reconstruction is plagued by an inherent ambiguity. An infinite number of surfaces lead to the same measurement. Consequently, a deflectometric algorithm requires some form of regularization, which in principle incorporates additional information to pick out a unique solution from the set of possible candidates.

Below, an exemplary reconstruction result is shown. To attenuate details, the 3D model is superposed by the color-coded mean curvature distribution. The test object is a standard clear-coated bowling ball which has been deliberately damaged in the logo center. It is remarkable how submillimeter details such as peening mark and print are easily recovered by the deflectometry principle. 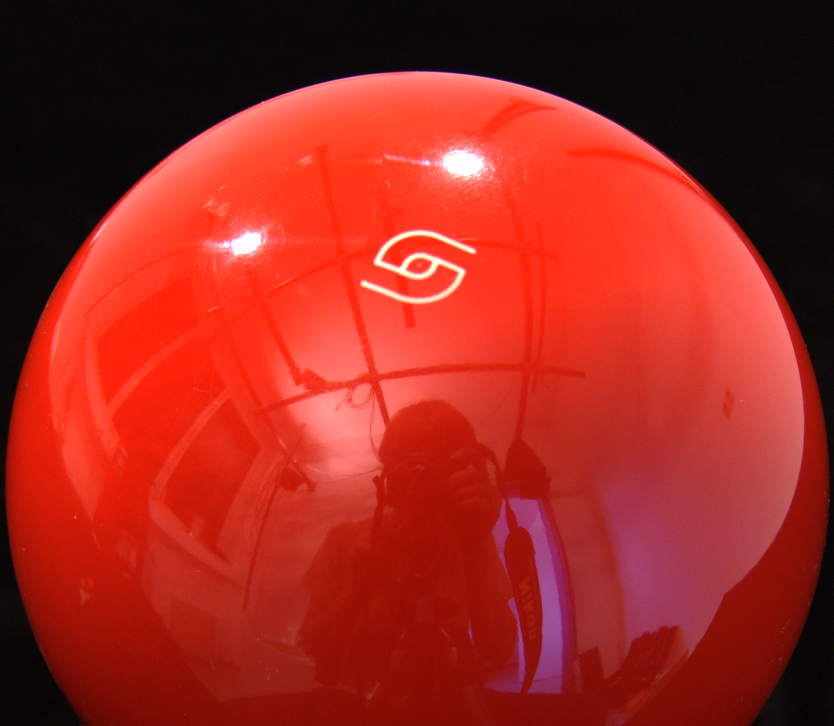 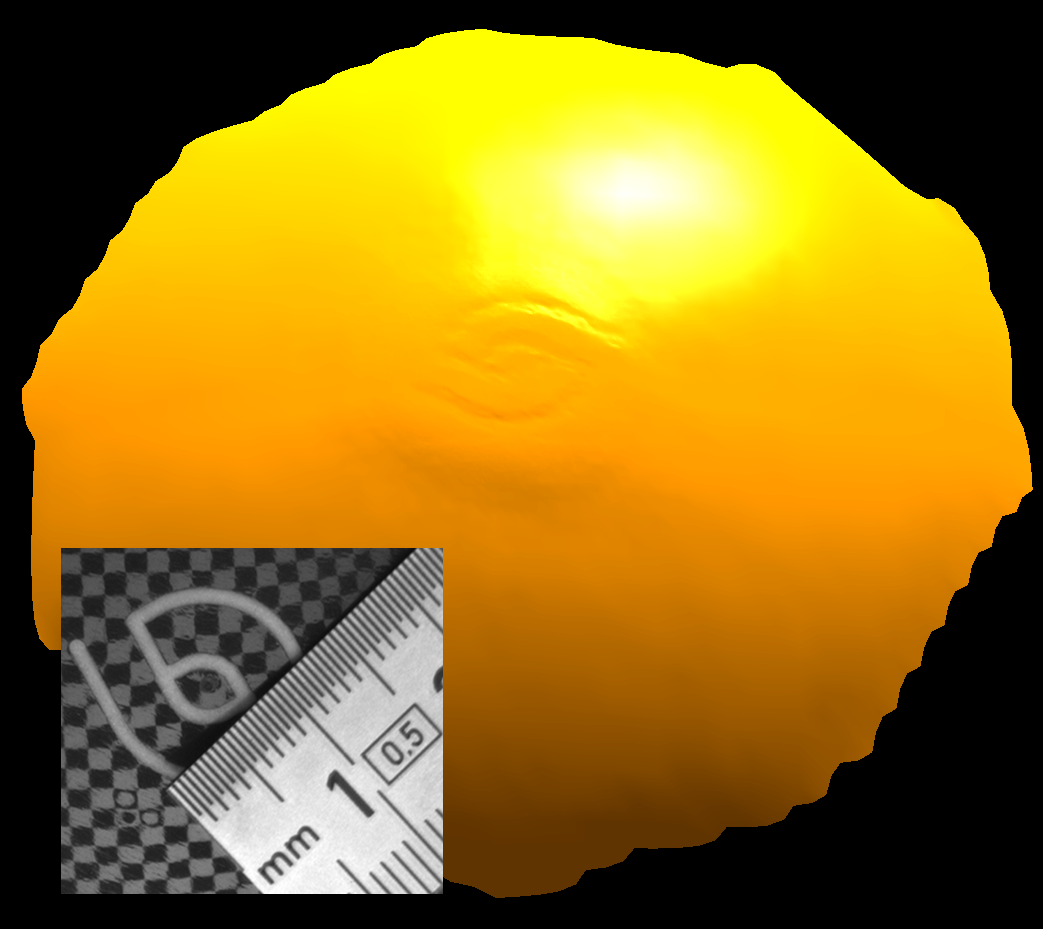 The present project was inspired by the Middlebury dataset. Our intent is to make rather exotic 3d measurement techniques such as (Multiview) Shape from Specular Reflection accessible to a broader scientific audience. This appears to be quite beneficial, especially in view of the fact that, to the best of our knowledge, no single multiview algorithm for the reconstruction of large and/or complex specular shapes has been published so far. Furthermore, we want to foster evaluation and comparison of future algorithms by providing two benchmark datasets in connection with high-precision ground truth (more will be added soon):

Data acquisition was performed by our compact robot-based sensorhead shown below, also see the attached video. We used the DLR toolbox for camera as well as hand-eye calibration. The local camera frames were calculated from the latter and joint position readings of the manipulator's internal sensors. All deflectometric images can be assumed calibrated with submillimeter accuracy. How to estimate the geometric relationship between camera and LCD will be subject of an upcoming publication. 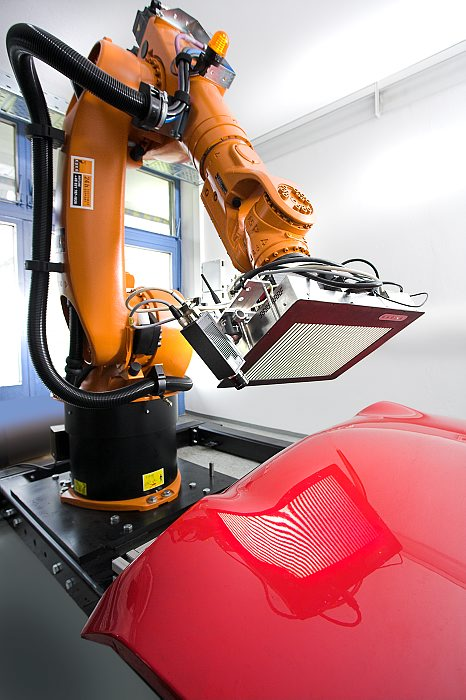 We currently only accept reconstructed models in form of a triangular manifold mesh in one of the following common formats:

If not excessively big, send your binary-encoded or compressed file to Jonathan Balzer via email. Altenatively, provide SSH, web, FTP access, or similar. Please, include run-time, processor type, and CPU speed obtained for each dataset.

No results received so far. We plan to adopt the evaluation methodology as described in Seitz et al. (see references below).